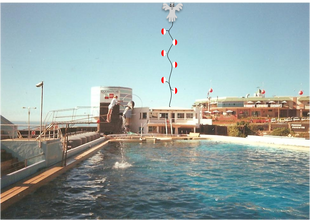 Luke the Spook was sighted at the KoopaTown Aquarium; in the form of a balloon filled with helium. 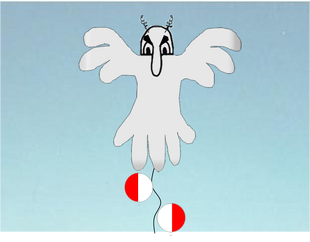 A close-up of the helium filled Luke the Spook Balloon. 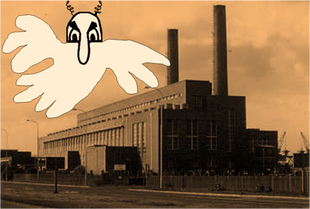 The Salt River Power Station gets an unwelcome visitor. 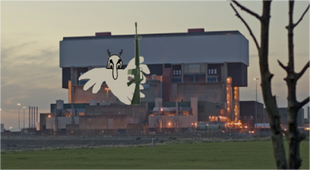 This dawn photograph reveals an unwelcome sight at the Heysam Nuclear Power Station. 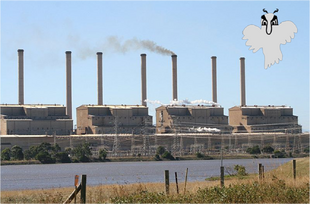 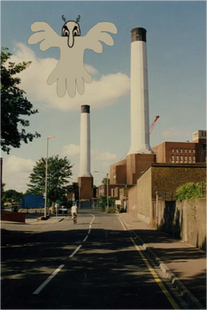 A bystander took this photo of Luke the Spook after he came out of the No.2 Chimney at the Kingston Power Station. 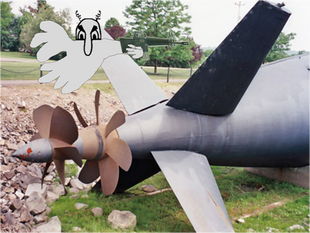 Luke the Spook at the USS Albacore. 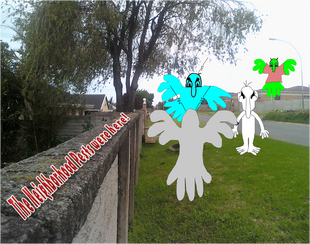 The Neighborhood Pests: Flywheel; Luke the Spook; Kilroy; and Overby.
Add a photo to this gallery
Retrieved from "https://kilroy.fandom.com/wiki/Sightings_of_Luke_the_Spook?oldid=4475"
Community content is available under CC-BY-SA unless otherwise noted.